The History of Spectrophotometry 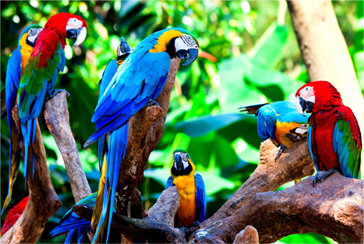 There are multiple types of spectrophotometers. Handheld machines are used in the graphic design field. Also, there are tabletop models that fit well in a laboratory or quality assurance office. In astronomy, spectrophotometry measures the spectrum of a celestial object. These machines are used across so many fields, and they’ve been around for more than 75 years. Let’s learn a bit about where it all started.

The science of spectrophotometers emerged in 1940. However these early models were not able to work in ultraviolet. It was Arnold O. Beckman who developed the first improved spectrophotometer in 1941. Beckman originally worked on the spectrophotometer while employed at National Technical Laboratories Company. Later, he founded the Beckman Instruments Company which evolved to Beckman Coulter.

In the first stages of development, there were three models labelled A, B, and C. Eventually, three model C units were produced. There was also a model D, which became DU later in the process. All of the electronics were contained in an easy to hold instrument case. It also featured a hydrogen lamp with ultraviolet continuum, forever changing the game of spectrophotometry. This model also had a better monochromator. This model with almost the same design was in production from 1941 until 1976 and sold just under $800. During that time more than 30,000 spectrophotometers were sold.

After its invention, Bruce Merrifield, Nobel chemistry laureate, stated that it was “probably the most important instrument ever developed towards the advancement of bioscience.”

Modern spectrophotometers are even more technical. There are two major classes of machines, single and double beam. There are also companies that will provide full service to ensure that the spectrophotometer is working properly. Full-service contracts are the best way to ensure that the technical chemistry machine is functioning properly. If something does happen to the machine, a full-service contract ensure quick, timely repair.

The history of the spectrophotometer is still being written, but the machinery has already come a very long way from its original conception.